Many people may not even realize that their symptoms can be reduced, let alone with acupuncture St. Alberta. They may feel as though they have tried everything. And they are doomed to live their life with their symptoms. 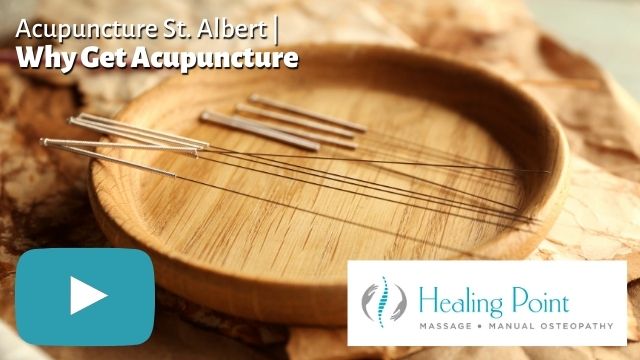 Nobody should be expected to live their life. With debilitating symptoms. Or with extreme amounts of pain. But this is a reality for many people within this province. Whether there doctor cannot find the solution.

Or, the solution is not something that is easy to swallow. Such as taking copious amounts of medication. Which not only has side effects. That people have a hard time handling.

But also, the medication can often destroy a person’s liver, and kidney functions. As well as have undesirable side effects. With wide variety of other medications. That a person may be on.

They may find that the efficacy of their medication. Is reduced with time, or that they simply. Do not want to be on a huge drug cocktail. As well, many people recognize. That drugs simply treat symptoms of a problem.

And they would much rather treat the cause of the problem. And not the symptom. Regardless of the reason, many people try many different alternative treatments to their conditions.

In hopes of improving their quality of life now. As well as in the future. As is often more people are at when they try acupuncture St Albert for the first time. They are looking for a different result.

Than what they have tried previously. It is very common, that people may have also been suggested. By another practitioner to try acupuncture. Such as their physiotherapist, their massage therapist.

Or their natural path that they may be seeing. Because acupuncture as a treatment. It works very well in conjunction. With many other treatments. Because they all work to heal the body. And not just treat the symptoms.

In fact, according to the World Health Organization. There are over hundred different health conditions. That acupuncture St. Albert can treat effectively. This does include pain from a wide variety of sources.

Including but not limited to headache and migraine pain, traumatic injury, and postoperative pain. As well as pain in the joints, the muscles and tendons. Just to name a few things.

And while pain is one of the most common reason. Why people seek acupuncture St. Albert treatments. There are also neurological symptoms that can be improved upon, respiratory illnesses that can be treated.

Digestive problems, cardiovascular symptoms. Skin conditions, and mental or emotional problems can be treated. All without medication, and very holistically and naturally. In fact, because acupuncture is not using medication.

It is completely safe for children. As well as pregnant women, who often cannot take medication. If people would like more information about acupuncture treatments.

The reason why many people are turning to acupuncture St Albert. Is because they are tired of their existing treatments. They also might be sick and tired of going to the doctor. Who does not listen to them. Or who is only willing to treat their symptoms and not the overall illness that they have.

People may be very nervous to try acupuncture St Albert treatments. Because they have heard it uses needles. But, out of frustration. As well as desperation, they are willing to try anything once.

Some of the most common questions that people have about acupuncture treatments. Is wondering if it hurts. Since many people understand that acupuncture uses needles.

The needles that are used in acupuncture St Albert treatments are extremely thin. As thin as a piece of hair. And very flexible. Which are much different than the needles many people think of.

When they think about getting a blood samples. Or adding a vaccination. Typically, people should not feel any pain or discomfort. At any point during the acupuncture treatment.

Even when the needles are placed. However, some people do report. Feeling an initial sharpness. But that should go away in a second. And there should not be any further sharpness or discomfort.

People may feel during the acupuncture St Albert treatment. A numbing, a tingling. Or a heaviness in the area where the needle has been placed. And that sensation may go away. Or persist for the treatment.

All of this is normal. And the more aware of the needle a person is. The more likely the body is sending its healing resources. To that area of the body. And the better results people will get.

This sensation that people experience is called Chi. And is very normal during the acupuncture treatment. The next question that people often have for their acupuncturist. Because they are nervous about the process.

Is wondering if there are any side effects during or after the treatment. Any side effects are quite rare. However, some people will say. That they experience some mild discomfort. At the needle site for a day.

Or that they will get some minor bruising where the needles were placed. However, this is extremely rare. And for the most part, the only side effects people report after their acupuncture treatment.

Is feeling tired, or fatigued after their treatment. The reason why people might feel tired. Is because their body has now been kicked started. Into healing mode. And their body wants to sleep, to allow their body to heal.

Although, some people do feel energized. After their treatment, due to an endorphin rush. It is best for people to simply avoid planning anything significant. Immediately after their acupuncture treatment.

Most people will feel better. After their first treatment. However, acupuncture is best experience. As a cumulative treatment. Which means all subsequent treatments after the first period will be better than the initial treatment. Book your appointment today at Healing Point Massage Therapy.