Acupuncture St Albert treatments are incredibly beneficial. However, if many people are unaware of all of the things that they can help with. Then they may not look into it, if they have something that can be helped. 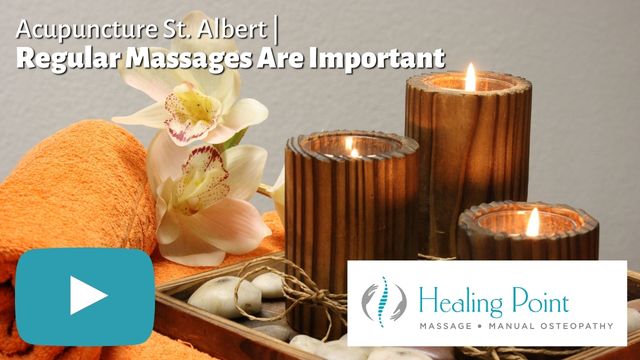 One of the reasons why many people are uncertain. Of this traditional Chinese medicine. Is because they know it involves placing needles into the skin. Which causes some people to be nervous or fearful.

While yes, acupuncture does use needles. That are placed into the skin. People often think of the needles, like the clients that are used in sewing. Or, the needles used to take blood or give vaccinations.

When the truth of the matter is, acupuncture St Albert needles are actually. As thin as the width of a human hair. And are very sharp, so there is virtually no sensation. When they are placed in the skin.

As well, the needles are placed very shallowly. Especially depending on what parts of the body they are placed in. From anywhere between 1 mm, to a centimetre deep. In order to achieve the benefits.

Further, it is very important that people understand. That there should be no pain or discomfort. At any point during the treatment. Some people feel an initial sharp sensation. That lasts for a second or two when the needle is initially placed.

However, that should not be painful. And it should not last for more than that one or two second. If there is any pain or discomfort once the needle is in place. Patients should bring that up to the acupuncturists attention.

So that they can immediately remove the needle. While the needle is in place, some people report feeling tingling or a heavy sensation during their acupuncture St Albert treatment.

This however is normal, and is referred to as qi. This is simply the needle causing a reaction in the body. And helping the body heal itself, some people feel this sensation for the entire duration of the treatment.

While others, say the sensation comes and goes. Or they only feel it when it is initially placed. Depending on each person, and their goals for treatment. Acupuncturist will leave the needles in place.

For 5 to 20 minutes. And after that, the acupuncturist may come back into the room. Then, touch them gently. In order to mind the body that they are they are. And leave them for another 10 to 20 minutes.

Or, they may remove them, after that acupuncture treatment is complete. During the treatment, some acupuncturists will use different modalities as well. From myofascial cupping, to gouache or moxibustion.

And they may do this before, or after the actual needling. After the treatment is done, the acupuncturist will again talk to the patient. To find out how they feel, and to make their recommendations.

They will at the patient know when they should come back for their next acupuncture St Albert treatment. And that they should be very gentle with their body, as they have encourage their body to start healing.

When people are looking into acupuncture St Albert treatments, they are often very surprised to find. That it can treat a wide variety of health conditions and symptoms. That is one of the significant benefits of this traditional Chinese medicine.

While it is most commonly used in North America. To minimize and eliminate pain. From a variety of different sources, it actually is an effective treatment. For many different health concerns in a body.

While analgesic is the most common reason why people yet acupuncture. It also has many different effects upon the body. Either stimulating or calming the sympathetic and parasympathetic nervous system.

Enhancing our immunity, so that people are less likely. To succumb to colds, flues and illnesses. It also helps with many psychological conditions and symptoms as well. And provides a sedate of effect.

When people look into getting acupuncture St Albert for the first time. They will often find out that they can have a lot of their other symptoms. That they did not realize be a problem treated as well.

Aside from minimizing pain, a common reason why people get acupuncture St Albert treatments. Is to minimize their anxiety and help them relax. Not only does it, the parasympathetic nervous system.

Reducing the fight or flight tendencies. Which can be incredibly beneficial for people who have anxiety. Also, acupuncture can decrease the Delta brain waves in a patient, making them more able to relax and fall asleep.

When people are coming to their acupuncturist in order to help with their symptoms of insomnia. It is best that they come as late the day as possible. And have nothing but calming activities planned for immediately afterwards.

Even if people are coming for a wide variety of other reasons. Such as managing their pain, helping with their gastrointestinal issues, their respiratory problems or more. They should plan for having a relaxing day afterwards.

The reason is because acupuncture St Albert treatments kick their body into a healing mode. Which can be incredibly draining for many people. The best words of advice that the acupuncturist has, is for people to listen to their body.

To make sure they are only doing the activities that feel good. And that they are not pushing themselves too hard, and undoing the good work of the acupuncturist. However, some people do report feeling a burst of energy.

Again, the acupuncturist says people can do. Whatever the body can do, and if they are full of energy. They can be active. Just keep in mind that their body is healing. And they should be mindful of that, in all of their activities following the treatment.

When people are looking for a great acupuncturists, they should check out healing point massage therapy. Not only are they located in St. Albert, but they also have many other treatment options available. Including massage therapy, and osteopathic therapy.